It has syntax coloring, folding, background syntax checking,  auto-complete and calltips. It also includes libraries for autocompletion for jQuery, Ext JS, Ruby on rails and more.

Aptana Studio is a very impressive and open source development tool that supports HTML5, CSS3, JavaScript and Ruby, Rails, PHP & Python on the server side.

It has a “code assist” feature where you can find out details about functions, elements, etc.

You can stay synchronized with the server via FTP, SFTP and control your code with the help of an integrated debugger.

There are many other features that will ease the development process including Git integration or a built-in terminal.

A flexible IDE, focused on C/C++ code, that can be extended very easily with its powerful plugin support.

It has syntax highlighting, code folding, auto-completion and a tabbed interface.

There is also a task manager to simplify working on the same project for multiple users.

Eclipse is a free, state-of-the-art Java development environment (there are also JS, PHP and C/C++ versions).

It has a very active community and many open source plugins + developer tools built around the ecosystem.

An open source IDE for C/C++ which can be easily extended with plugins.

It has a XML-based syntax highlighting for most of the popular languages and has a powerful code-completion mechanism.

Express products are the lighter versions of the Microsoft’s popular developer tools (but they are still powerful).

There are various programs provided under 4 categories:

Each program targets a Microsoft platform (Windows Mobile, SQL Server, etc.) and they are very handy if you’re developing in these platforms.

It consists of an open-source IDE and an application platform that enable developers to rapidly create web, enterprise, desktop, and mobile applications.

Java is the main platform and it also supports JavaFX, PHP, JavaScriptx, Ruby +Ruby on Rails, Groovy and Grails and C/C++.

Xcode is the “Mac way” of building for Apple-powered platforms.

It includes features to complete all the build, debug and test cycles.

For iPhone developers, there is a full-featured simulator for a complete testing of the output and much more.

A Java IDE that offers a complete “Mac” user experience with text editors, keyboard shortcuts, toolbars, etc., all behaving exactly as you would expect from a Mac application

There is a powerful code assistant with auto-complete and a library displaying any parameters related to the code.

Geany is a simple-yet-powerful IDE that support all major filetypes.

It supports code-folding, auto-completion, code navigation and new features can be added with the plugin support

The editor supports many file types and languages, with syntax highlighting.

There are macros, clip files and templates to automate repetative tasks.

Also, the functionality can be extended quickly with thanks to its plugin support.

It has built-in project management, debugger and can be extended with plugins.

Notepad++ is actually an advanced text editor and a must-have for every developer using Windows.

It has syntax highlighters for every popular scripting language and it is usually a perfect fit for a 2nd IDE, for small updates or simpler codes (however, there are many developers who only use it).

Multiple tabs can be created, macros can be used and there are many other features like code folding, advanced search, etc.

Similar to Notepad++, ConTEXT is an advanced text editor where you can work on unlimited files at the same time.

Besides features like syntax highlighting and multilanguage interface, it enables you to store code templates, record macros, compare files and more.

Also, it has customizable help files for each file extension.

How to: Drag and Drop with HTML5 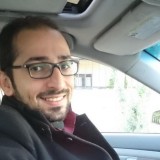 No PHPStorm? Sorry for your readers.

And where is Nusphede PhpED ?

PHPStorm is not “free”.

@raveren
PHPStorm is not free?

Komodo edit is not free.

I think you missed SharpDevelop – way better than VS Express.

You forgot one of the best free IDEs of them all: IntelliJ IDEA.

Xcode is not free anymore. Is like 5$ or so.

Intellij has a free and open-source community version that is quite enough for my every day work (j2ee dev).
And I just love it !

Did you take a look at MonoDevelop and MonoMac?

You might want to add SharpDevelop and WebMatrix to this list, they are fully functional replacements for Visual Studio.

I like a lot Qt Creator. It work in Mac, Linux and Windows. Great for C++.
It can be used with Qt framework or not.
For windows support both Mingwc and Windows SDK 7.1
For C++ I would recomend this IDE.

Dear raveren,
PHPStorm is not free and this post is about free IDEs

XCode? Nope, Xcode 4 is no longer free, unless you go for the earlier versions (3.x)… and your iOS apps will never make it beyond the iDevice simulator unless you pay 1000$ for an iOS dev licence.

I tried many, but after all these years ConText is still the best.

Xcode (as of v4) is no longer free. To obtain a copy (legally) you must now part with a whopping $4.99 (IIRC) – or subscribe to Apple Developer Program.

The most shocking IDE missing in this has to be MonoDevelop.

The title is “15 Free IDEs for Developers” and you talk about pspad, notepad++ and context?!

You missed one of the latest and greatest: Qt Creator

RedCar is also a very good editor currently in Alpha. It is compatible with text-mate bundles.

Komodo Edit is free.. What is not free is the Komodo IDE. They are different applications.

Where is Blue Fish??

how to configure RoR by netbeans?